Retail shops stretch out alongside the Stuart Highway south of Palmerston.

A Woolworths Supermarket and the Coolalinga Community Bank®, along with Saturday Markets, reduce the need for rural residents to venture in to Palmerston or Darwin for day to day needs.

For several years this was the main part of Coolalinga, however in 2017 a new shopping complex featuring a large K Mart and Coles Store has changed the balance of retailing in the area. 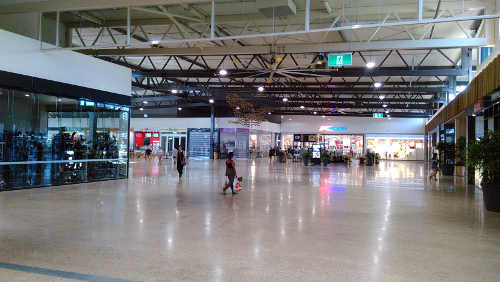 Looking towards K Mart inside the new Coolalinga precinct.

Looking South along the Stuart Highway

Many people find the rural lifestyle in the area more attractive than living in suburban Darwin. And with development in Darwin limited by a lack of suitable land, this can only mean ongoing growth for the district. 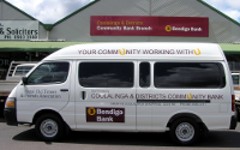 Coolalinga Community Bank® was opened in September 2006 to provide banking services to the district.

This Community Bank® has been able to provide significant support to local projects. Donations to community groups and schools and services such as the community bus have resulted from this partnership between local people and Bendigo and Adelaide Bank.

The Coolalinga District has developed quickly over the past few years with many new retail businesses as well as growing social clubs and other community organisations.

From Howard Springs to Berry Springs and Humpty Doo, businesses and other organisations are invited to tell the world about themselves here.