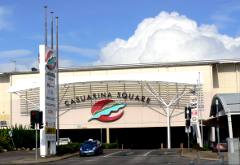 Many of the suburbs listed here are quite small with only a couple of thousand residents and small commercial or retail sectors. This is how Darwin is known locally and is not an official municipal description of boundaries or locations.

The larger towns of Palmerston and Coolalinga have more information on their own pages.

A small, quiet area located close to Casuarina Shops, the University and the parks around Rapid Creek. A bike path connects to Nightcliff and Casuarina Beach and a community garden is being developed along Lakeside Drive for those with a green thumb.

On the eastern side of Lee Point Rd, a very green suburb with lots of parks and bike paths and a small group of shops.

This is one of the newer areas, with great views of Francis Bay and Darwin. City.

On the intersection of the Stuart Highway and Berrimah Rd, not many years ago this was the outer extent of Darwin, now it is a central point between Darwin and Palmerston with new stores replacing the old caravan parks

Overlooking Casuarina Beach and next to Charles Darwin University, this is one of the most highly prized areas of Real Estate in Darwin.

The retail hub of the suburbs in two large air-conditioned shopping centres, with all major services, a cinema, swimming pool, sports club and more.

A mixture of houses, flats, light industrial and retail services on the city side of Nightcliff and bordering the modern Nightcliff Shopping Centre

HMAS Coonawarra Naval Base is located here, on the Stuart Highway next to Berrimah. Also in the news because of the refugee detention centre located here, this area is authorised pass entry only.

The Cullen Bay Marina is the centre piece of this area, withe several high rise unit compex's and houses fronting on to the marina.
Restaurants are a feature of the retail area and several charter boats and ferries dock here so there is always plenty of activity.

A modern air terminal and several new Motels are located on the north side of the runways, only about 15 minutes from the CBD

While not a large area, the CBD obviously is the centre of government and tourism. More details here.

The wharf precinct has undergone major developments which will continue for some time. Wharf Photos and Details here.

A location rather than a suburb, this is the site of the well which supplied water to the original settlers, was a Catalina Flying Boat port and now is popular for viewing fish which come in on the tide to be hand fed.

A popular coastal reserve with a Military Museum and the remains of WW2 defences, an equestrian centre and parklands grazed by local wallabies.

A suburb, a beach and first land sighted by many of the early aviators flying to Australia. It is also the horse racing centre of Darwin

Another location well known to locals for it's fish markets, pearling and boating connections. More on Fishermans Wharf.

The home of Darwin Motorsports, located in Berrimah beside Tiger Brennan Drive.

A residential suburb bounded by the Jingili Water Gardens and Darwin Cemetery, close to the Airport with a primary school and small shopping centre. Accommodation is available at the new West Airport Gate Motel and Feathers Sanctuary Guest Huts

One of the older areas, much of this is occupied by the Army Barracks and Naval Base, with the remainder residential.

One of the first areas largely built by private developers after Cyclone Tracy, with primary and secondary schools, a Tavern and Hibiscus Shopping Centre

A long established residential area stretching along Bagot Rd opposite the Airport and RAAF Base. The Ludmilla Primary School was supported by children living on the RAAF base until recently.

A new residential development with sports facilities and Tracy Village Club on the site of the original workers village set up to house workers rebuilding Darwin after 1974 cyclone.

Stretching along between McMillans Rd and the Airport runways, a limited amount of residential area along with Northlakes Golf Course and Shopping Centre, Caravan parks, clubs and sporting facilities. Also here are Marrara Christian College and Milkwood Steiner School

Location of Casuarina Seniors College and Moil Primary school, with a small group of shops and a medical centre, this is a residential suburb adjacent to the Airport.

Purchased by Defense Housing for development, this 150 hectare area extends along Lee Point Rd adjacent to the new development at Lyons.

Located between the University and Casuarina Retail District, with a primary school and small shopping area next to the school.

This is the oldest of the northern suburbs, developed well before the massive reconstruction that occurred after Cyclone Tracy. It has a more traditional shopping centre and mall along Progress Drive, with a modern air-conditioned retail centre as well, just blocks away on the edge of Coconut Grove.

Surrounded on three sides by the sea and Rapid Creek inlet, this is a picturesque area with a swimming pool on the beach cliffs, a bike path following the coast and a popular jetty and boat ramp. Most of the street names in Nightcliff are taken from common trees or shrubs.

More like a sister city than a suburb, Palmerston was developed after cyclone Tracey because it is a bit further inland, which allows a chance that the full fury of a cyclone will have dissipated a bit before it reaches the area.

A major new shopping complex opened in 2017, a good indication of just how much the area has grown since the 1980's.

Site of the original Darwin Aerodrome, the old runway now a long, wide road linking the Stuart Highway with the coast at Fannie Bay. The original QANTAS hangar is visible behind the Parap swimming pool and can be accessed via Holtze St.

Parap has a medium retail area which runs a Saturday Market, hotels, holiday apartments, and a mixture of residential accommodation.

Off limits unless you have a pass, the base occupies the city corner of the airfield and has a small shopping centre just outside the entrance.

Located beside Trower Rd next to Nightcliff, site of the Catholic Church and primary school with a medium retail centre

The innermost of the residential suburbs stretching along the last few kilometres of the Stuart Highway. Car yards and other businesses line the road as you approach the Daly St Bridge and the CBD.

As the name suggests the George Brown Darwin Botanic Gardens are located here, with sports ovals and a golf course and the nearby Mindil Beach providing plenty of open space. Hotels, motels and apartments squeeze in where they can, with a limited amount of private housing.

A small residential area between the Stuart Highway and the RAAF base on the corner of Bagot Rd, the main road from the city to Casuarina.

Newly developed with apartments, retail businesses and boating along the shore of Frances Bay

Dripstone Middle School is the prominemt feature of this residential suburb located between the hospital and Trower Rd. The original primary school has been developed as a retirement village and a small retail block serves local needs.

Tiwi Street Names and their origins

A residential area directly opposite Casuarina Square with a primary School, preschool and a small shopping block.

Nestled between Casuarina and Hibiscus shops, this is again largely residential with retail blocks, churches, a mosque,and a vetinary surgery along the Trower Rd and Vanderlin Drive borders. A state primary school and catholic primary school along with the Casuarina swimming pool make this a convenient area for children.

Stretching along the Stuart Highway opposite the airport, this is the main business and light industrial district in Darwin. The Winnellie Mail Centre, the Showgrounds and the Shady Glenn Caravan Park are located here.

The Darwin Fire Station is a prominent feature here, with new high rise apartments and flats backing on to an older light industrial area.

Located in the corner of Lee Point Rd and Vanderlin Drive, this is another of the residential suburbs built largely by the Housing Commission shortly after Cyclone Tracy. A primary school and small shopping centre serve residents, with Sanderson High School located just across Mathews Rd, central to Anula, Malak and Wulagi.