Located on the corner of Knuckey St and the Esplanade, Lyons Cottage was the only stone residence built for thirty years in the new settlement. Constructed of locally quarried porcelanite stone is the only remaining colonial bungalow style building.

It is only a five minute walk from the City Mall and filled with photos and descriptions of life in the early years of the city.
Well worth a visit for anyone with an interest in history. (There is no entry fee) 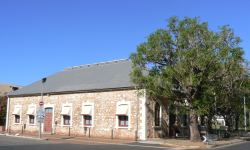 Another early stone building, Browns Mart is located in Smith Street next to the city bus interchange. Originally built in 1885 as an emporium and market, it now serves as a theatre and art centre.

Over the years it has been used as a mining exchange, bank premises, auction rooms, crown law office and police headquarters.

Darwins Living History
- as told by the people that were here in years gone by. 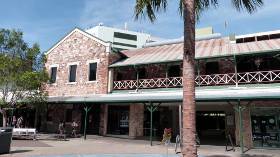 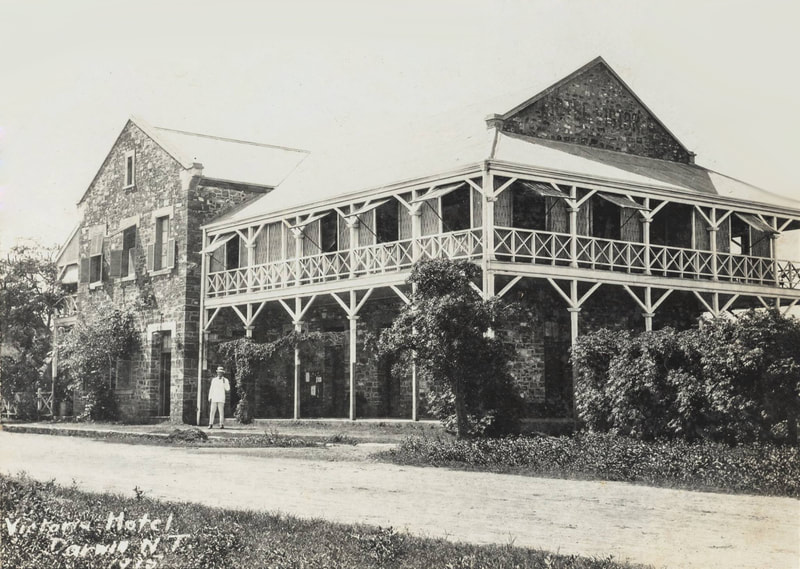 Unoccupied and unprotected the heart of Darwin Heritage has stopped beating. The owners cannot run it commercially and Government will not Heritage List it. For more info see www.pastmasters.net/victoria-hotel.html