Many Alawa Street names remember people killed during the Japanese Bombing raids on Darwin and others killed during the war. The name Alawa itself comes from the name of an aboriginal tribe in the Roper River area. 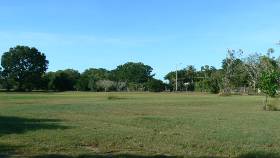 A man-made lake was planned for this low lying area at one stage of the development of Alawa - hence the name Lakeside Drive for the road running along the edge of this area.

Alawa is the name of an aboriginal tribe inhabiting an area around the southern tributaries of the Roper River.

Mrs Alice Bald wife of Hurtle Bald, Postmaster of Darwin. Both were killed, along with their two daughters, during a Japanese bombing raid on 19th February 1942.

Arthur Wellington was one of the post office staff killed by bombs on 19th February 1942.

HMS Britomart commanded by Captain Owen Stanley 1838-39. This ship was involved in the establishment of Victoria Settlement at Port Essington on the Cobourg Peninsula.

Named after the coastal Dripstone Caves.

Eileen c Mullen was a post office employee killed in the bombing on 19th February 1942.

Emily Young was another post office employee killed in the bombing on 19th February 1942.

Joe Forbes was on the brig Stedcombe which was associated with the early settlement at Fort Dundas on Melville Island in 1824. He was the only survivor when the crew of the Stedcombe was overpowered and murdured in the Indonesian Islands. He was kept as a slave until rescued in about 1840 by Captain Tom Watson commanding the Essington.

Pilot Officer William Gove served with the RAAF in the Darwin area. He was killed on 20th April 1943

Archibald Halls was another post office employee killed in the bombing on 19th February 1942.

The ship Henry Ellis brought the first Northeren Territory expedition to Escape Cliffs (the first of three Northern Territory towns to bear the name of Palmerston) under Govt. Resident BT Finniss from Adelaide in 1864

Hurtle C Bald was Postmaster of Darwin, Killed when the Post Office was destroyed by bombs on 19th February 1942

Iris Bald, one of the Postmaster's daughters, killed in the bombing on 19th February 1942

Jean Mullen was a telephonist at the Darwin Post Office, Killed when the Post Office was destroyed by bombs on 19th February 1942

Named in expectation an artificial lake would be built on land beside the road.

The two sisters Eileen and Jean Mullen, both killed during the Japanese bombing raid.

Miss Jennie Stasinowsky was another of the Post Office staff killed during the Japanese bombing raid.

Robert Henry Stobo was Deck Cadet on the MV Neptunia and was Killed by Japanese bombs when the Neptunia was sunk in Darwin Harbour.

Arthur Wellington, another of the Post Office staff killed during the Japanese bombing raid in February 1942. 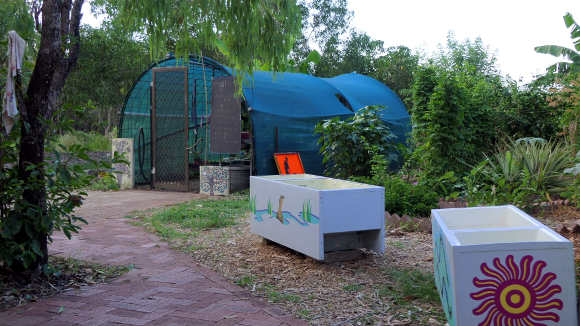 + Zoom in to see Alawa Street Names on the map