Darwin weather in June, July and August is almost certainly dry, warm and at it's most pleasant for most people. By the end of August there has probably been four months with very little rain and the tourist season is still in full swing. 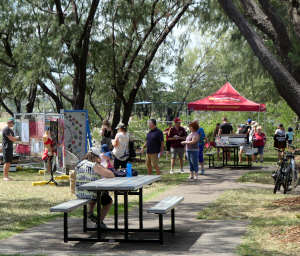 This is Malaparr in the Jawoyn calendar, June to the end of August - the cooler, middle part of the dry - a time when you can tell the locals because they shake out their jumpers to handle the cold nights which can drop to near freezing 16 ℃

Outdoor festivals, markets and celebrations are also in full swing during this period, taking full advantage of the cool evenings and warm sunny days.

Mindil Beach Markets, the Beer Can Regatta, jumping crocodile cruises and barramundi fishing trips have all helped Darwin become a destination of choice.

The contrast between the wet season and the dry season is most apparent at this time, the grass is brown, the water recedes from the wetland plains and billabongs so birds and wildlife congregate around the remaining water.

The dry also provides access to many of the areas in Kakadu and Litchfield National parks which are cut off by flooding water during the wet season.

Astronaut Karen Nyberg shot this photograph on August 5, 2013, while looking west across the Timor Sea from the International Space Station (ISS). (North is to the right in the image.) 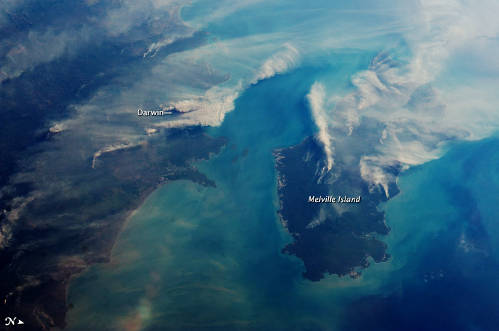 A NASA photo captures smoke plumes from fires around Darwin

According to Australian fire researcher Peter Jacklyn, the fires on Melville Island were most likely prescribed burns, designed to clear brush and dry fuel to prevent more serious wildfire as the weather warms.

The fires near Darwin, however, were probably wildfires, given that most prescribed burning in the area is usually done earlier in the year.

Fires like this are quite normal, the aboriginal people have been using fire to modify the bush for thousands of years. 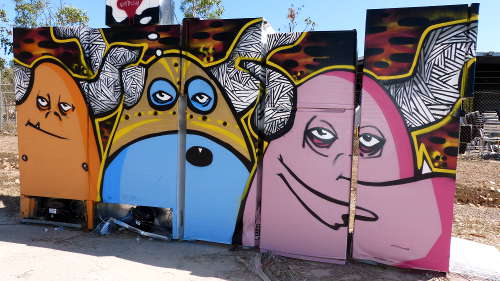 If you intend visiting during this time it is important to secure flights and accommodation well in advance.