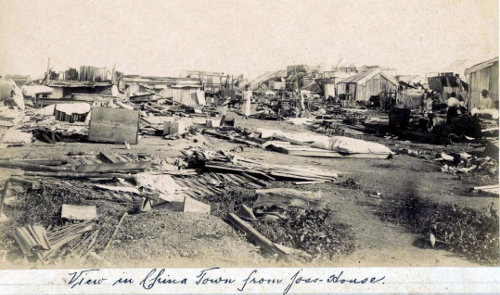 Perhaps the first to really have an impact was a cyclone in north Queensland which sank the ship Gothenburg while sailing south with nearly a quarter of the people of Darwin on board. Only 23 0f the 125 passengers and crew survived when the ship became stuck on reef and was then hit with the force of the cyclone.

In January 1897 Darwin felt the full force of a major cyclone, with the loss of 15 lives and considerable damage caused. Arriving at high tide, the cyclone and it's storm surge destroyed or sank eighteen of twenty nine pearling luggers and the government steam launch as well as several sampans.

While cyclonic force winds had been recorded in 1878 and 1881, this was the first time Darwin (then called Palmerston) had been virtually destroyed by a cyclone.

In 1917 and again in 1937 cyclones took lives and caused far-reaching damage in and around Darwin.

And in 1974 the one everyone knows about, Cyclone Tracy caused almost total destruction and took 65 lives.

March 1981 Cyclone Max. Gale force winds and heavy rain in Darwin causing considerable garden damage but only superficial building damage. This was at least partly due to the strict cyclone building codes which have been enforced since 1974.

January 2008 Cyclone Helen was not a direct hit, crossing the coast about 20 k's south of Darwin. It caused very similar cyclone damage to Max in 1981. 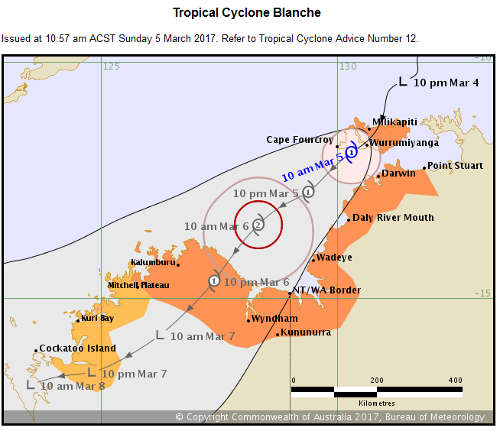 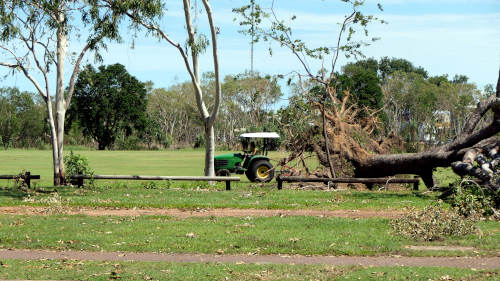 One of many trees felled by cyclone Marcus in 2018